I must ask is there a European leader who really knows what they are doing well there are some, not many, who would prefer to squabble with each other rather than unite.

Look at what has happened to the UK under Boris Johnson a narcissistic self-serving politician who just keeps on lying, is very corrupt, and surrounds himself with yes people just like Hitler, Mugabe, and Idi Amin, why one asks, well he has a poor intellect and needs to look good, surround yourself with sycophants and sucker uppers and you get Boris Johnson. He has single-handled devastated the UK, Scotland wanting independence, Wales following soon and Sinn Fein now the largest party in Stormont, how long before Ireland reunites? Look at the UK with the title of Plague Island, now with three cases of Lasa Fever like Ebola one of the most haemorrhagic diseases in the world, how long before this becomes a contagion, how long before Europe bans all movement with the UK due to Lasa Fever, and of course, there is a new deadly strain of HIV as well. Why does this happen, simple answer they do not follow or accept scientific advice, just look at the pandemic as the worst in Europe as they do not follow the scientific advice, only to be exacerbated by Johnson himself breaking the pandemic rules he set up and is now under investigation by the Metropolitan Police, there is no leadership in the UK.

Look at the latest COVID Tables - www.worldometers.info/coronavirus/, which for the UK is understated and then say Johnson was a success, all a bunch of chickenshit, the UK with the biggest death toll 160,000 and possibly 200,000 the largest in Europe, excluding Russia, and the Blue rinse brigade support him, especially Nadine Dorries

As John Major and many other ex-Prime Ministers throughout time have stated so serve the country is to look after the population and the country, you need to make up your mind especially with the loss of 20% of the GDP, and professions leaving.

John Bercow branded Johnson as the worst Prime Minister ever, just look at his Jimmy Saville jibe, he has yet to apologise, and of course, Stamer was employed as the DPP under a Conservative administration that employed Saville knowing what he was like, it is a bit like the pot calling the kettle black.

The UK has the fastest growth in the G7, another load of nonsense, the Governments own statistical offices show the UK is at five, not one. 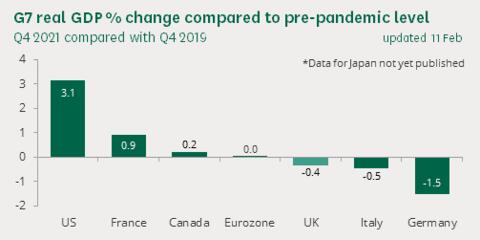 The facts are different to what Johnson states in the House of Commons, he does not check his own HMG sources, amazing these lies are accepted by the conservatives, and the Speaker of the House Sir Lindsay Hoyle does not demand a correction of the facts, those who do demand or calls Johnson a liar is ejected.

Why is the Met Police investigating, they have proved they are not independent, so why not the Manchester or Newcastle Police, it will be a con as they will more than likely clear him, whitewash corruption heaped on corruption.

Of course, we also have Brexit, which by all accounts has been a disaster, Jacob Rees-Mogg stated the UK will take at least 50 years to recover, all signs are more like 100 years, this is shown on the international GDP charts, and of course, the Daily Basket Case AKA Daily express makes statements, where do they get their information from, let me tell you from where, SHANGRILA or is it mystic Meg, who knows,

The UK is becoming a Pariah nation, and look why Brexit happened Leave EU lies, Johnson lies, where has the £350 million for the NHS gone to, where are the forty new hospitals, the 50k additional nurses, now about 100k. And what about the treatment of the pensioners, disgusting as is the treatment of the nurses UK exports are down by 20%, and purchases from outside the EU are up by 20% so all we are doing is moving the negative balance of payment from the EU to other places, and we have a new Minister for Brexit opportunities, WHAT OPPORTUNITIES.

Why did Brexit happen, well the UK produced a new law adopted by the EU to stop tax avoidance, of course, the Tories did not like this as they would be paying higher taxes, so the spins and lies came out on the red bus, instead of levelling up the UK was levelled down, for the likes of Rees-Mogg and Tory donors to avoid taxes. Don does not get me wrong if I could avoid taxes, I would be there with them. But the population suffers as the Rees-Mogg ilk wanted to keep the population on higher taxes so they would not have to pay more.

Yes, Brexit has been great.

When will the UK change to a one-party state, and behave like Mugabe, Idi Amin, or Hitler?